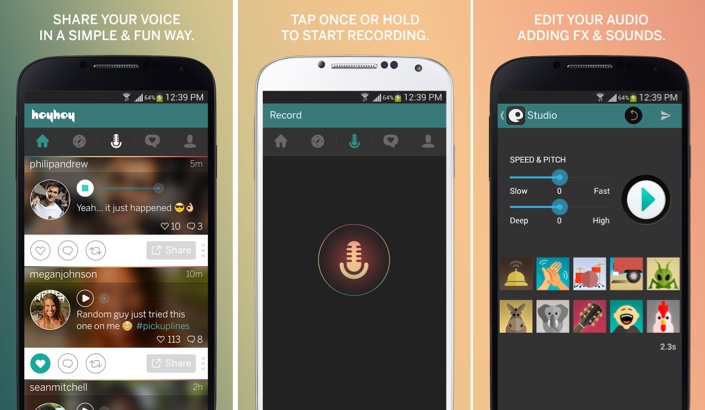 Hey Hey is refreshing and very fun to use, because you don´t only record your messages, you can make them really good using especial effects and adding sound emoticons, a feature that we will explain later. END_OF_DOCUMENT_TOKEN_TO_BE_REPLACED